What Is Git Upstream And How To Set Upstream Branch

When you clone a Git repository or create new features through branches, you need know how upstream branches work and how to set them up. 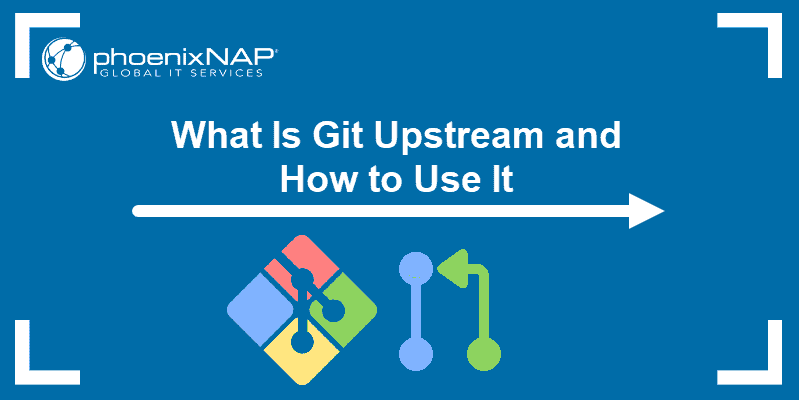 Note: To install Git, check out our tutorials:

What is a Git Upstream Branch?

Using a river analogy to illustrate the flow of data, upstream is sending your data back to where the river stream is coming from. When you send something upstream, you are sending it back to the original authors of the repository.

With git set upstream, you can choose where your current local branch will flow. It allows you to change the default remote branch.

How to Set Upstream Branch in Git

There are two ways to set an upstream branch in Git:

Note: Forgot how to clone a repository? Freshen up your memory with our Git Commands Cheat Sheet.

Note: From this point on, the active branch is listed as (<branch name>) instead of (main). In our case, it’s (test).

Instead of going through these commands every time you create a new branch, set up a short alias command. You can modify your existing Git commands or create a bash command.

Note: Pushing to HEAD will push to a remote branch with the same name as your current branch.

How to Change Upstream Branch in Git

Track a different upstream branch than the one you just set up by running:

The terminal prints out a confirmation message:

How to Check Which Git Branches Are Tracking Which Upstream Branch

List all your branches and branch tracking by running git branch with the -vv option:

Note: The current active branch is denoted by the asterisk (*) sign.

Feel free to experiment and get comfortable with upstream. You can easily delete a git branch remotely and locally and remove a git remote from a repository.