How to Create a New Branch in Git

Git is an open-source version-control system for tracking changes during software development. It’s mutually independent branching model makes it stand out. Branches can be based on previous versions of the software to maintain the integrity of current progress while working on a bug fix or new feature.

This guide will detail 4 options to create a new branch in Git. 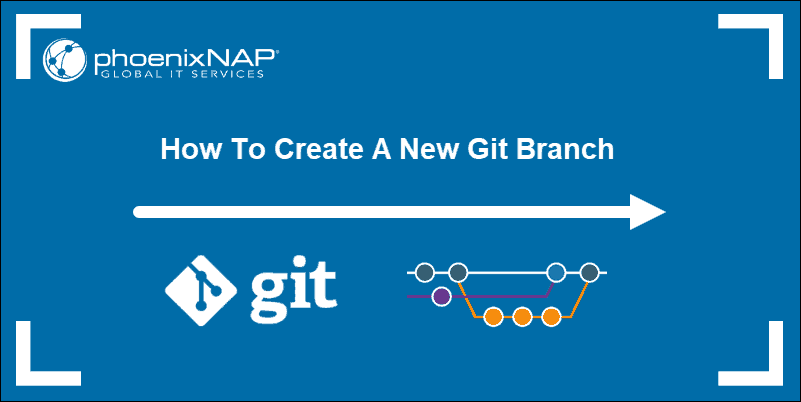 Note: This guide assumes a Linux environment. Git is also available on Windows and macOS.

To create a new Git repository, enter the following command in your terminal:

This creates and initializes a new Git repository in the git-app directory. Create a new markdown file and add a line of text:

Check the status of the file:

You’ll see the file is untracked.

Track it and create the first commit by entering the following:

Note: If this is the first time you’ve run Git, the operation may fail. Use the commands listed on the screen (Git config) to set your global email and username, then try again.

There are many ways you can create a new Git branch. In most cases it comes down to whether you are creating a branch from the main branch or, for example, a new commit or tag.

One common method of creating a new branch is with the command:

This doesn’t automatically switch to that branch. To switch Git branches, enter the following command:

Note: Instead of <new_branch_name> type the name for the new branch.

The easiest and most popular way of creating a Git branch is:

This will create a new branch from your current branch. It will also automatically switch you to the new branch.

To create a new branch from a different branch, run the following command:

Create a Branch from a Commit

Commit is a command that saves changes you’ve made in the code. A project may have multiple commits as it’s revised and improved. Create a set of commits like in the sample below:

Note: If you receive an error “Nothing added to commit but untracked files present”, enter:

Find the hash key for a specific commit:

Create a branch from an older commit:

Note: 81898 in the example above represents the hash. Replace this with the actual hash from your git log command.

This is especially helpful if you need to go back to a previous version of the software to fix a bug without removing any existing features. To switch to the new branch, enter the following:

Create a Branch from a Tag

A tag is a final, unchangeable version of a commit. Where a commit can be edited, tagged versions are usually permanent. Tags are used for production release versions of the software.

Create a tag in the test project:

In a normal project, you would continue working on the software for the next release.

To create a branch from this tag, use the command:

To switch to this branch:

Detached HEAD state happens when you check out a commit that’s not formally part of a branch.

To test, use git log to get the hash for one of your commits, then enter:

Replace d1d07 with the actual hash value from your system. You’ll get a message that says:

Just like the warning outlines, you can make changes based on this commit. Any changes will be lost, unless you save them.

To save your progress, stage it then enter the following:

To add the changes into the master, use the following:

How to Delete a Git Branch

To delete a git branch use the command:

The output confirms that “first-branch” has been deleted.

You now know how to create branches in Git. Branches can be used to test-optional features before integrating them. Use small, short-term branches, so that the branch doesn’t stray too far from the central project.