How To Install and Use Linux Screen, With Commands

Home » SysAdmin » How To Install and Use Linux Screen, With Commands

This tutorial will show you how to install and use Screen on a Linux system. 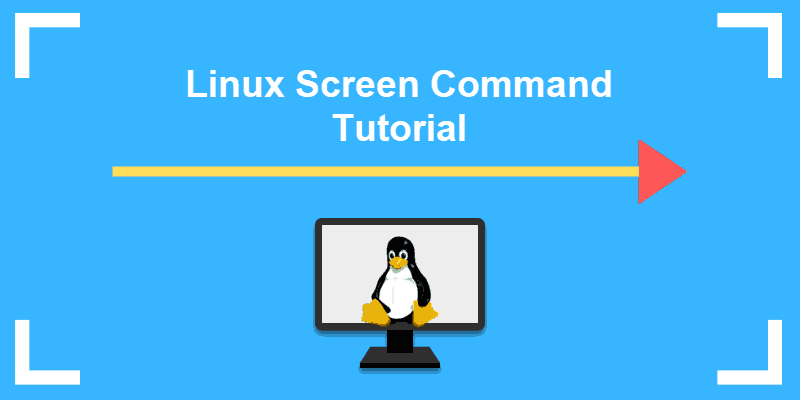 How to Install Screen on Linux

If you’re running a recent version of Linux, like Ubuntu 18.04 or CentOS 7, you probably already have Screen installed.

To verity if screen is installed,  check the version with the command:

To install Screen on Red Hat / CentOS, enter the command:

Installing Screen on Debian or Ubuntu

To install screen on Debian/Ubuntu, enter the following:

To launch Screen, enter the following at a command line:

The tool will launch and give you a brief license agreement. Press the spacebar or Enter to continue to the Screen shell. The system will drop out to a command line that looks just like a regular terminal window. 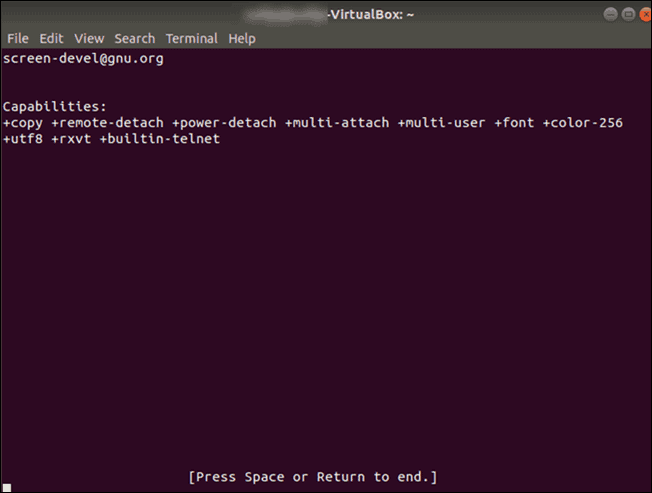 Screen works using command keystrokes. These are usually Ctrl-a plus another key.

To display a list of available commands, enter the following: 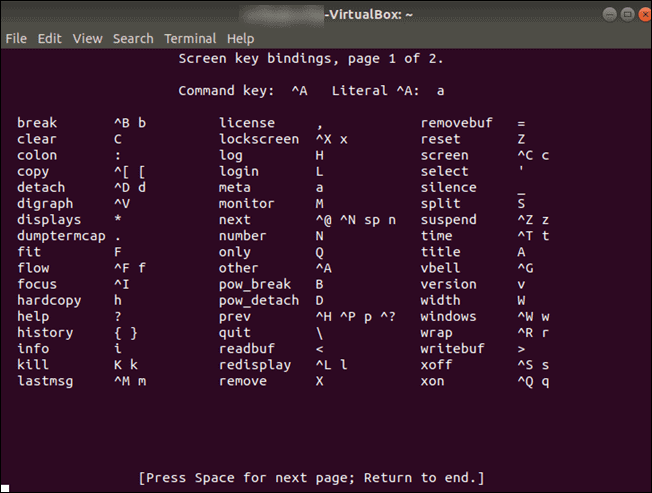 When you launch the Screen application, it’s helpful to name the session. This helps you keep track of different instances.

To name a session with the –S option:

To exit Screen, use the following command:

Note: Press and release the ctrl-a key combination, then hold the shift key and press the ? key.

When Screen is first launched, it creates one window inside of the Screen session. New windows can be created and switched using command keystrokes.

To open a new Screen window, use the following keystroke:

The original window is labeled 0 bash, unless you name it something different. Each new Screen window gets a number, up to 9.

Here is a list of useful commands for managing Screen windows:

0 – Switch to window #0 (or any other numbered window)

– Split the screen horizontally, with the current window on top

– (pipe) Split the screen vertically, with the current window to the left

– Switch between areas of the split screen (usually used along with

– Switch between current and previous windows

– Switch to the next window

– switch to the previous window

– Quit all other windows except the current one

– (underscore) Watch the window for the absence of output (such as when a file finishes downloading, or a compiler finishes)

– kill the Screen session (or you can type exit)

You can leave a process working in Screen, and exit the interface. This is the equivalent of minimizing an application in a graphical operating system.

To detach from screen (and leave the window running in the background):

To reconnect to the server, use the screen –ls command.

If you have multiple sessions running, you may need to find the screen session ID

To list different Screen sessions from a standard command line with:

This only lists sessions that are created with the screen command. Windows inside a session won’t be listed. If you have multiple different Screen instances running, each will have a different session ID.

This command lists all the Screen sessions that kept running after you disconnected.

You can then reattach to that Screen using the screen –r [sessionID]command.

To reattach to a running Screen instance:

Note: If you only have one Screen instance, you don’t need to enter the session ID. If you have more than one, you’ll need to specify which session ID you want to reconnect to.

Open the file for editing: 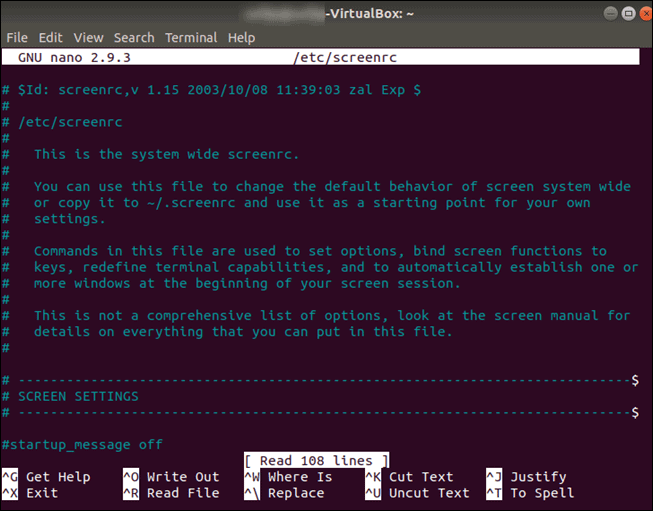 Most of the settings can be toggled by removing the comment (#) sign at the beginning of the line.

This tutorial showed you how to install Linux screen as well as the basic commands for using it.

Once you have mastered using the screen interface, you can navigate through multiple terminals, multitask and work more efficiently.

Vladimir Kaplarevic
Vladimir is a resident Tech Writer at phoenixNAP. He has more than 7 years of experience in implementing e-commerce and online payment solutions with various global IT services providers. His articles aim to instill a passion for innovative technologies in others by providing practical advice and using an engaging writing style.
Next you should read
SysAdmin
How To Unzip A ZIP File In Ubuntu / Linux
Zip files are ubiquitously used on all operating systems, including Linux. This simple guide explains how to unzip files from the command line, as well as how to unzip multiple files or exclude specific files when unzipping.
Read more
DevOps and Development SysAdmin
How To Extract Or Unzip Tar.Gz Files From Linux Command Line
This article shows which commands best to use when compressing and decompressing files from the command line. By using the two compression utilities, covered in this tutorial, tar and gzip, you can manage zip files with ease.
Read more
Security SysAdmin
How To Kill A Process In Linux? Commands To Terminate
If a Linux process becomes unresponsive or is consuming too many resources, you may need to kill it. Most processes have their own methods of shutting down.
Read more
Bare Metal Servers Security Web Servers
How To Use SSH To Connect To A Remote Server In Linux Or Windows
In this tutorial, Find out How To Use SSH to Connect to a Remote Server in Linux or Windows. Get started with an SSH connection to a Server Today!
Read more
© 2021 Copyright phoenixNAP | Global IT Services. All Rights Reserved.