Today, there are two active versions of Python. Although many companies are still using Python 2 for legacy reasons, Python 3 is slowly (but surely) taking over. This was confirmed by the news that Python 2 has no official support as of January 2020.

Since the programming language does not come preinstalled on the new CentOS 8, you can install the version of Python that suits your needs best. Another option would be installing both versions and switching between the two.

This article will show you how to install Python 3 and its predecessor Python 2 on CentOS 8. 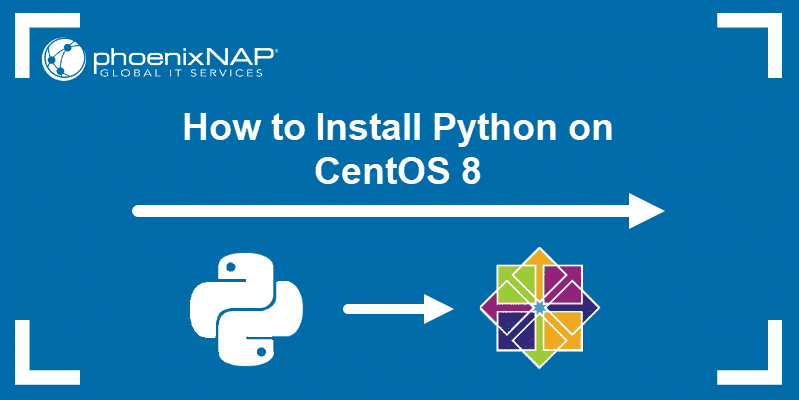 You can install Python 3 by downloading the package from the local repository with the DNF package manager. Prior to installing, we recommend updating the repository.

Open a terminal window and update the repository with the command:

With the repository up-to-date, type in the following command to download and install Python 3 on your system:

If you aren’t logged in as the root user, make sure to start the command with the sudo prefix: sudo dnf install python3.

Verify whether Python 3 has been installed successfully:

The output should confirm you have successfully installed Python3.

You can install Python 2 from the CentOS repository with a single command: 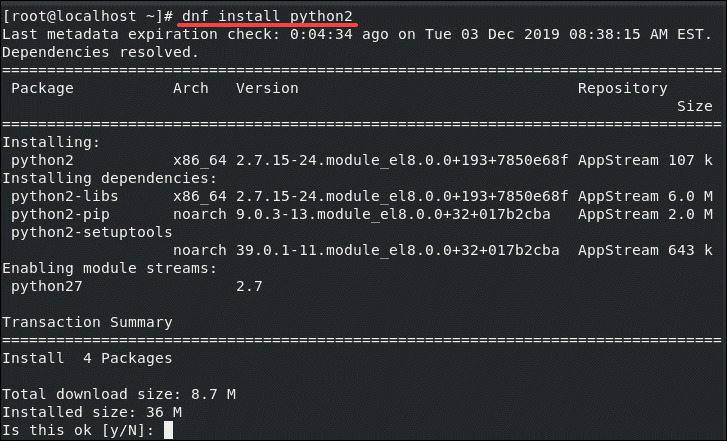 Type y and hit Enter to confirm you want to install.

Verify the installation by prompting the system to show the active Python version with the command:

There is no default python command on CentOS 8.

To run Python 3, you need to use the command:

Set Python 3 or Python 2 as the system-wide python command.

To assign Python 3 as the default version, use the command:

You can also set Python 2 as the unversioned python command:

You can also remove the unversioned command with:

Use DNF to uninstall any Python version.

To remove Python 3, run the command:

The command uninstalls Python 3 and removes related dependencies. Confirm you want to remove the listed packages by typing y and hit Enter.

If you want to remove Python 2, use:

Again, verify you want to remove the package with y and Enter.

This step-by-step tutorial shows you how simple it is to install Python 3 and Python 2 on CentOS 8. It also includes instructions for setting the default Python version, as well as steps for removing Python from the system. Next, you can install Pip, a package manager for the Python.